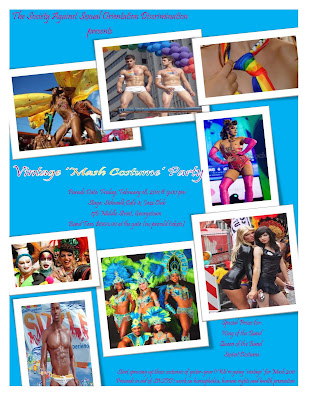 Caribbean associations working on reproductive, sexuality and HIV issues have issued a brief joint statement of condolence and tribute to the life of slain Sexual Minorities Uganda human rights defender David Kato. The statement, signed by over 25 groups in 16 territories, calls attention, in the United Nations Year of People of African Descent, to Kato’s international inspiration as an African defender of sexual rights. It notes the continuing danger that sexuality, and the human rights defenders who work in this area, face in the Caribbean and elsewhere; and Governments’ failure to champion people’s freedom over their own bodies when it comes to sexuality.
In the face of a proposal in the Uganda parliament to execute citizens for consensual homosexual acts and a clergy-led campaign to whip up animosity against gay sexuality, several Ugandan human rights groups have fought back. Kato’s picture, captioned “Hang Them” was featured on the cover of tabloid Rolling Stone in November, one of a number of instances of media attempts to “out” gay and lesbian people, several of whom, like him, received death threats and other harassment. He and others successfully sued for damages, and the courts blocked the paper from further outing three weeks ago. On January 26, he reportedly suffered blows to his head with a hammer in his residence, and died. The European Union, United States President Barack Obama and others have condemned the killing and paid tribute to Kato’s work.


Across the Caribbean, those of us who knew Sexual Minorities Uganda advocacy officer David Kato Kisule as a friend, as well as those who only read of his work, are deeply moved by his powerful and courageous life. As fellow sexual rights advocates, we convey deepest condolences to all his loved ones and fellow activists on his awful murder. We have been horrified by the inhumanity and hysteria of Uganda’s parliamentary, media and clergy campaigns to deny gay people like David the simple right to liberty, privacy, dignity and joy. We join others throughout the African diaspora in our pride in David’s conviction and passion as an outspoken African champion of sexual autonomy – even when it put his liberty and life in great danger – and his record as an internationally recognized human rights defender. His inspiration stretches around the globe to those who also struggle against ignorance, indifference and violence to create countries and a world where everyone can enjoy our sexuality as something good and wholesome and worthwhile, free from shame and coercion.
Were it not for advocacy late last year, 13 Caribbean countries would have allowed “sexual orientation” to be removed from an international statement of commitment to protect persons from unlawful killing because of who they are. David’s death, following threats against his life, is a gripping reminder of the importance of those protections, and a sobering one of how much more work needs to be done to give people the right to freedom over their bodies in places like Africa and the Caribbean, where battles against slavery, colonialism, racism, apartheid, genocide, gender inequality and religious persecution ought to have taught us better lessons. David’s life and death are reason to renew international commitment to sexual rights, to increase our vigilance for our colleagues in danger in Uganda. We respectfully urge Uganda’s politicians, media and clergy and international Christian advocates who have become entangled in this hostility to seize the opportunity to bring an end to yet another painful chapter of intergroup violence in Africa.
AIDS Action Foundation – St. Lucia • AIDS Free World • ALFA: Alternative Life Foundation Aruba • Alianza GTH – República Dominicana • Amigos Siempre Amigos – República Dominicana • ASPIRE: Advocates for Safe Parenthood-Improving Reproductive Equity – Trinidad & Tobago • Barbados Family Planning Association • Belize Family Life Association • Belize National AIDS Commission • CAISO: Coalition Advocating for Inclusion of Sexual Orientation – Trinidad & Tobago • Caribbean Family Planning Affiliation • Caribbean Harm Reduction Coalition • Caribbean Vulnerable Communities Coalition • CariFLAGS: Caribbean Forum for Liberation & Acceptance of Genders & Sexualities • DiBo: Diversity Bonaire • DominicaChaps • Family Planning Association of Trinidad & Tobago • Foko Curaçao Pride • Fondation SEROvie – Haiti • GrenCHAP – Grenada • J-FLAG: Jamaica Forum for Lesbians All-Sexuals and Gays • MOVADAC: Movement Against Discrimination Action Committee – Barbados • Pink Orange Dutch Caribbean LGBTI Alliance • Pride In Action – Jamaica • RevASA: Red de Voluntarios de ASA – República Dominicana • SASOD: Society Against Sexual Orientation Discrimination – Guyana • SASH Bahamas: Society Against STIs & HIV • Tjenbé Rèd: Fédération de lutte contre les racismes, les homophobies & le sida issue des communautés afrocaribéennes • UniBAM: United Belize Advocacy Movement • United and Strong – St. Lucia • Women Against Rape, Inc – Antigua • Women’s Institute for Alternative Development – Trinidad & Tobago • Women Way – Suriname
By SASOD at February 01, 2011 1 comment: