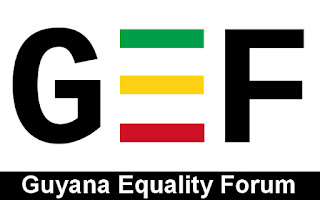 The Guyana Equality Forum and collaborating partners, Global Shapers Community – Georgetown Hub, Prevention of Teenage Suicide (POTS) - Guyana and the Society Against Sexual Orientation Discrimination (SASOD), charge the local media to be careful and responsible when reporting in Guyana.

The alarming rise in suicide and attempted suicide has propelled the issue of the state of mental health in Guyana to the forefront of public discourse. The media has been steadfast in its coverage of this issue, and must be commended for keeping the issue prominent in an effort to find solutions. While we recognize that suicide affects us all, and will continue to be a subject of news, media coverage should be done in a manner that is responsible and supports the national effort to curb suicide in Guyana.

The groups have observed that in the reporting of suicide stories, the age, means, identity, suspected reasons and other factors are expressed in detail in reports published by the local media. Added to this, the use of sensational headlines and the fanfare of media broadcast on suicide as “breaking news” provides unintended glorifications of these acts to persons who are already contemplating suicide. Not only is such reporting irresponsible, but it can contribute to the phenomenon known as “Copycat Suicides.” Anecdotal evidence suggests that this may also be happening in Guyana.

The United Nations Postal Administration (UNPA) has issued six (6) commemorative stamps which promote the human rights of lesbian, gay, bisexual and transgender (LGBT) people as part of the "Free & Equal" campaign - an official UN campaign which promotes LGBT human rights worldwide, launched and led by the Office of the High Commissioner for Human Rights (OHCHR). While the UN is being heralded in the global media as the first international organisation to issue stamps promoting LGBT human rights, it is completely erroneous and misleading for the CIOG to suggest that the UN has released "stamps promoting homosexuality and transgenderism." The six, commemorative stamps promote the human rights of LGBT people - the same human rights to which members of the CIOG are entitled, and probably take for granted. It is also irrelevant whether or not the CIOG, other groups and countries approve of this publicity move. One of the fundamental pillars of the United Nations is the promotion of human rights. The human rights of sexual and gender minorities have way too long been neglected by the UN and it is way past time that the rights of this historically marginalized and socially disadvantaged group is given much-needed attention by this global, human-rights body.