Short Film Challenge for Queer and Trans People of Colour 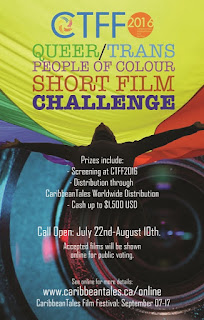 PROJECT: Short Film Challenge for Queer and Trans People of Colour - a collaboration with CaribbeanTales

DESCRIPTION:
An international film contest for short films produced by and with Queer and/or Trans People Of Color who are from the Caribbean or the Caribbean Diaspora. Globally the media represents Queer and Trans voices as overwhelmingly white, and tends to paint the picture that Queer and Trans people from other communities are always marginalised within their communities, perpetuating an idea of white supremacy. This is not the full story. Queer and Trans People of Color live lives as full as anyone else, this platform was created to share our authentic stories, for, by and about QTPOC.Jamaica (for example) is said to be one of the most homophobic places on earth. Those of us who live in the Caribbean know that this isn’t the full story. And those of us who live in the diaspora know that there are stories of migration and the struggles of life abroad that are also not told. QTPOC are underrepresented across media, and are also often not in positions of access to film/media training and equipment access. In Toronto we have sourced equipment for people to use in the creation of short films, and are also encouraging the use of media devices that more and more of us now have access to: high quality smart phones. 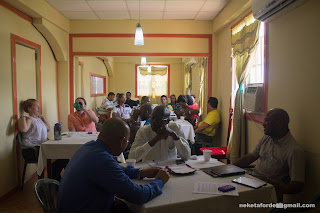 The event was chaired by SASOD’s Advocacy and Communications Officer, Schemel Patrick who highlighted that the Region Three targeted outreach and training programme is intended to empower and build capacity of LGBT persons in the West Demerara community, while promoting positive mental and sexual health practices; basic human rights relating to non-discrimination and accessing health services, reducing internal stigma among LGBT persons in the Region and identifying a support network of LGBT persons and allies to establish a sustainable and ongoing linkage of local support after the project has ended.

Remarks by Hon. Volda Lawrence, Minister of Social Protection
On Shooting in Orlando on Sunday12th June, 2016 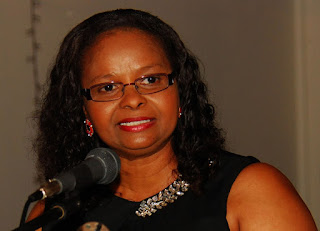 I would first like to express my condolences and words of comfort to the bereaved families and survivors who have been impacted by this heinous crime. It is impossible to fathom the depth of their grief and trauma at what has been perpetrated, but at the same time, we have witnessed the outpouring of love and support in the aftermath and so I would like, on behalf of the Ministry and my own behalf to lend my heartfelt support.

It is difficult to imagine in this era of freedom of expression and tolerance for sexual preferences that such biases continue to exist to the extent where a lone-wolf, armed with military firepower can snuff out the lives and maim so many in the twinkling of an eye. This assault on human life has touched atvarious strata of the society robbing the world at large of the potential expertise that this target group embodied. It is my hope that the families and survivors can be comforted in the knowledge that no effort is being spared to get to the root of this outrageous crime and to return some measure of normalcy to their lives.
Read more »
By SASOD Guyana at June 15, 2016 No comments: 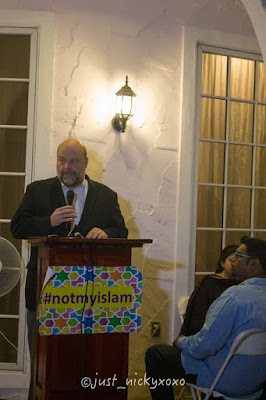 Thank you for inviting me to deliver remarks this evening. Ramadan Mubarak to you all. My remarks will be very brief, as I know many of you are keen to break your fast. I wish we were brought together under better circumstances. The events that took place in Orlando were devastating, but often in the face of tragic events we come together and gain a better understanding of the superficial traits we once thought divided us. It is in that vein that folks from all walks of life in Guyana are brought together for this Iftar. Thank you to the organizers from SASOD and Mr. and Mrs. Khan for gathering us here tonight.

First of all, our hearts go out to the families of those who have been killed. Our prayers go to those who have been wounded. This is a devastating attack on all Americans. It is one that is particularly painful for the people of Orlando, an area I am quite familiar with as my son attends university not too far from where the incident took place. However, I think we all recognize that this could have happened anywhere in the U.S., and we feel enormous solidarity and grief on behalf of the families that have been affected. 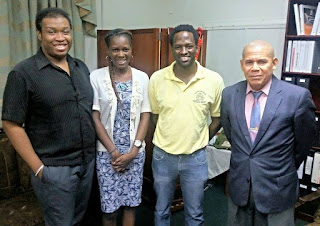 On the evening of Monday, June 6, representatives from the Society Against Sexual Orientation Discrimination (SASOD), on behalf of the Guyana Equality Forum (GEF), met with the Minister of Public Health, Hon. Dr. George Norton, M.P. ahead of the United Nations High Level Meeting on HIV (HLM), that is set to take place at the UN Headquarters in New York, from Wednesday June 8 to Friday 10, 2016.